Some context:  We made it to Chiang Mai from Bangkok yesterday early afternoon.  We were in need of a restful day, so once we found the hostel decided to stroll but of course ran into a rather large temple complex in the middle of town.  They’re strewn about everywhere here, so it’s bound to happen.  It’s a Buddhist university/library/tomb/etc., and it’s crawling with monks. 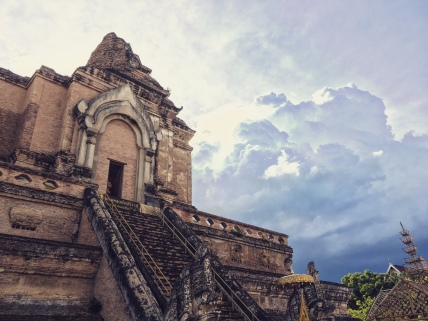 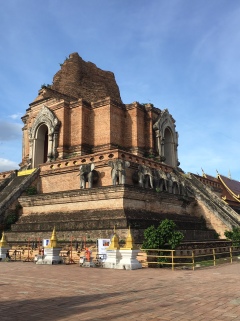 Later we ate some real good crispy fish, because everything is delicious.

We’d been thinking about taking motorbikes out to Pai from here, about a 3-hour drive through 762 turns up a mountain (every website I read is real specific about those 762 turns.  It seemed like a good idea, except that neither of us had ever driven a motorbike before.  We decided to rent some for the day to putter around outside of town and get the feel for it and make a judgement call from there.  After some frustration with some rental places, we ended up with 2 125 cc Honda scooters. 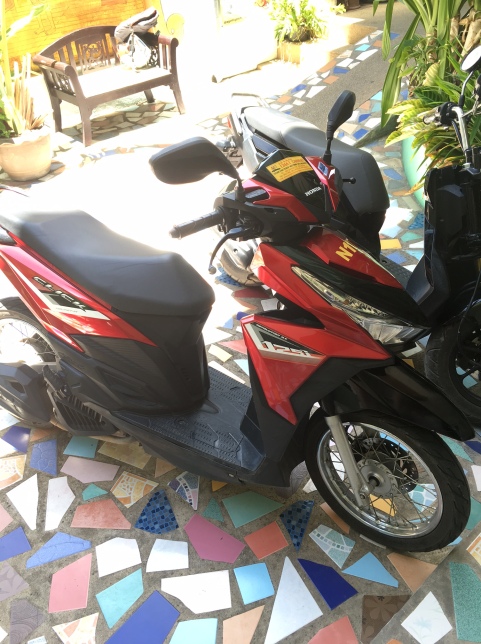 A brief aside to my mother: if I’m writing this then you know that I survived, so quit worrying.

After about 4 minutes of scooting up and down the alley that our hostel is on we decided we were road-tested and ready, so we went for it.  And a couple notes:  traffic drives on the left here, which is like the least of our worries.  People stack whole families on these motorbikes, and taxis and tuk-tuks and regular ol’ cars just weave wherever they want without regard to anything, especially two newbies who don’t really care to go much past 30 kph (at first.  I got over that).  There were some stressful moments and honking horns, but nobody fell off and nobody is currently still bleeding.

After getting out of Chiang Mai proper we started to get into the mountains.  Right out of town there was a waterfall to hike around, and we needed to quick de-stress from the city traffic, so we stopped there. 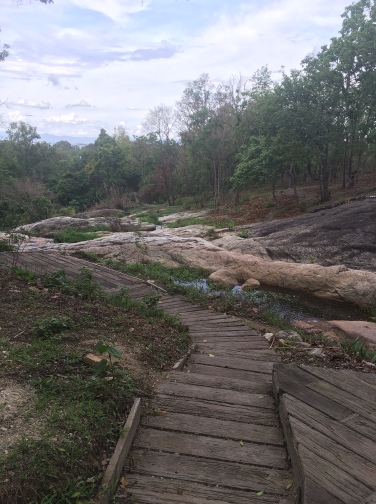 Then we continued on to Wat Phra That Doi Suthep, except that the road got considerably more… squiggly.  Lots of sharp-ish turns, frequently while being over taken by vans or trucks.  Then some rain.  But we persevered!  We were a little too wiped out to appreciate Doi Suthep as much as we probably should have, but it didn’t help to immediately encounter 309 steps to the top. 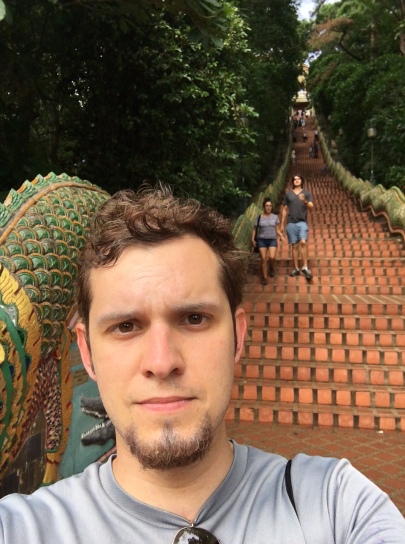 The temple was beautiful though, and a good respite from the road.  We survived the journey back, but downhill is a lot scarier and some brakes that, um, stop would be nice. 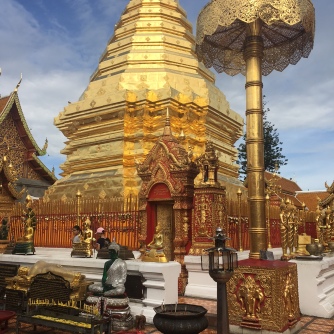